At UK Credit, we pride ourselves on having a dedicated and skilled team to maintain our high level of customer service. Behind them, we have a supportive and knowledgeable senior management team. Find out more about them below. 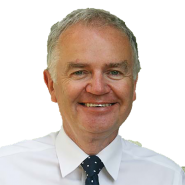 Andrew has big growth aspirations for UK Credit. It is his drive and passion which places the customer first and is at the core of the values of UK Credit.

He holds an MBA, is a Chartered Management Accountant and has been listed among Britain’s top 100 entrepreneurs by Management Today on five occasions. Andrew is also Executive Chairman of the Norfolk Capital Group. He and the group have received awards from publications such as Business Week, the Independent and the Sunday Times.

Andrew lives in Norfolk. He is active in the local community, supporting local charities, is also a supporter of the Prince’s Trust. Andrew is also an avid Norwich City fan. 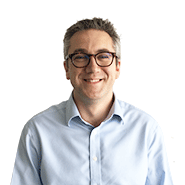 Graham has been with the group for nine years holding a number of senior financial and technology roles.

As Finance Director, Graham heads up the finance and business analytics teams to ensure the most profitable outcomes for the business’s future growth. Graham also heads up IT development and takes the lead on change management.

In his spare time, Graham can often be found on the river indulging in his passion for Sailing, an interest that he has had since childhood, or spending quality time with his family. Cycling, walking and playing the guitar takes up some of Graham’s time when he’s back on dry land, but this is shared, of course, with Karaoke. 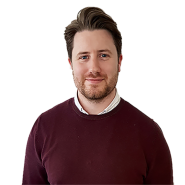 Nicholas joined UK Credit in 2016 after spending a fulfilling 8 years within the criminal justice system for Electronic Monitoring services in various positions.

Nicholas is responsible for Collections and Customer Services. With a dedicated, qualified and experienced team alongside him. He and the team support and endeavour to help customers with any issues they have around their UK Credit Loan.

His job and having two energetic young children keeps him very busy but he will find time to watch what he terms as “the best team in north London”, Spurs. He takes a keen interest in American Football, which he used to play for a little while. He has the broken bones and bruises to prove it. 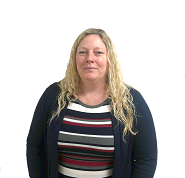 Liz has been with the Norfolk Capital Group for over 17 years before becoming Head of Compliance in March 2020. She has held a number of positions within the business, most recently heading up UK Credit’s litigation team. Prior to this Liz kick-started her career by working in personal finances and banking.

Liz’s role within UK Credit is to oversee the compliance department to ensure regulatory compliance with the FCA rules, guidance and principles. She is also our Data Protection Officer and is responsible for ensuring our client data is safe, secure and our processes conform to GDPR regulations.

Outside of work Liz can often be found cooking up a storm in the kitchen or settling down with a ‘proper’ book (no e-readers for her!) She also loves a bit of adventure, travelling as often and as far as she possibly can.

Aaron joined UK Credit in early 2019 as the head of the development team, having previously worked a similar role for an engineering software company in Cambridge. He has a First Class Honours in Computer Science and also works as a freelance developer specialising in cloud and micro-service based developments.

Aaron and his team of skilled developers are the core of what makes UK Credit tick. They maintain the existing software systems as well as work to develop new solutions to support the company’s growth strategies. As a team, they deliver fixes, patches and support to the systems to ensure the day to day business runs smoothly.

Outside of work, Aaron is an avid gardener and is preparing to begin studying Horticulture in his spare time. He also enjoys spending time with his wife and young son, making the most of their new experiences as family. He also volunteers to teach and inspire young people looking to venture into the world of software development. 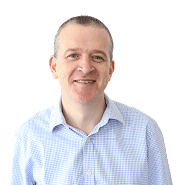 Having worked various sales managerial roles a fortunate change of career lead Brendan to UK Credit, where he joined as Head of Compliance and was the driving force behind the company becoming fully authorised by the FCA.

More recently Brendan has gone back to his roots and become Head of Lending. Brendan maximises UK Credit's sales opportunities. Ensures that UK Credit offers a consistent customer experience and always treats the customer fairly, something that is central to the ethics of UK Credit.

Outside of work Brendan has a taste for the more active side of life, having completed a parachute jump despite being scared of heights. His athleticism continues as he is a keen runner, being known to have completed the odd marathon, loves cycling and the comedy of Billy Connolly CBE.

Trustpilot
Home » About Us » Meet the team